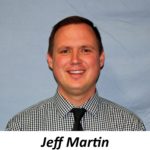 The world around us is in a constant state of attempting to lay a foundation on shifting sands. As the sands shift, we are told they are solid, and inevitably, they shift again. We are told we can build on the foundation of political parties, scientific discoveries, likeminded and accepting communities, and those that preach a gospel of their own making. One thing is true in the case of every worldly foundation, they all fail.

Even in our personal lives, we attempt to build on ground that is not solid. We build our foundation in a relationship, like a friendship or marriage, only to realize too late that even the best worldly foundation can still change in an instant. When the rains come in this world (and they always will) It’s important to build our foundation on something that never changes.

I feel true sorrow for the men and women of this world who scramble from foundation to foundation, working to build something solid on things that will most likely change, and undoubtedly be destroyed. Every human institution is flawed and will fail and disappoint, but as Christians this fact shouldn’t affect us at all.

Pandemics, political unrest, protests, wars and rumors of wars, divorce, death, sickness, and suffering, all these things are  present in the lives of believers and unbelievers alike. As followers of Jesus Christ and heirs to eternal salvation, we have the ability to weather all of the upheaval this world has to offer. Our foundation remains secure, untouched, and completely unchanged.

Many times, we still test this truth as believers by trying to build just a piece of our foundation on shifting sands. We think we can have the best of both worlds, and more often than not, we become like the foolish man who built his house upon the sand.

There is joy in your salvation, there is eternity in your future, God is good, and he loves us. Examine yourself as you build, and make sure you are building on eternal things and not the tempting things of this world. “For no one can lay any foundation, other than the one already laid, which is Jesus Christ.” 1 Corinthians 3:11.

“He is like a man building a house, who dug deep and laid the foundation on the rock. And when a flood arose, the stream broke against that house and could not shake it, because it had been well built” Luke 6:48