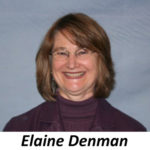 Around 1200 B.C. the city of Troy had been under attack by the Greeks for ten years, but they could not conquer the city. Troy was strong and had driven the Greeks back to their ships every time. So, they came up with a novel plan. They built a huge wooden horse, hid warriors inside, placed it outside the walls of Troy and sailed away in their ships as if they were giving up and admitting defeat. The Trojans saw the retreat and discovered the horse. A prophetess and a priest warned them not to bring the horse inside the walls, but a captured enemy convinced them it was sacred and would protect them. With celebrations of victory and the horse inside the walls, they slept. The Greek warriors slipped out of the belly of the horse, opened the gates and let in the waiting soldiers, who slaughtered the sleeping Trojans, burned the city and showed no mercy.

I often wonder if we have allowed a “Trojan horse” into the very center of our gates? Have we refused to hear the warnings and gone to sleep while the minds of our children are being captured, our values are being slaughtered and our Enemy is showing no mercy?

Perhaps we can answer this question by following the Trojan story as an allegory (though not perfect). The Trojans made a choice through the deception that they would be protected by the horse. Their choice was made on the core value of protection over truth. Sounds like the same Enemy we know in the Garden of Eden.

Core values are the non-negotiable truth and beliefs of every person. They are the foundation to every family. When two people create a home, they each bring their core values that will determine the choices of action for that home. Forming these core values and living them out is an important development that can set the trajectory for generations.

In the past, I did a lot of whole family counseling. One of the first activities I would do is ask the kids to leave and give the parents a blank sheet of paper with the assignment to write down the top 3-5 core values of their home. Sometimes the faces were as blank as the paper. After some coaching and with values discovered, I invited the kids back in the room and asked them to name the top values of their parents/home. I did this because if a family (1) does not know their core values, (2) are not living core values, or (3) they are not a major basis for all behaviors, then by default, choices will be made situationally. The result can only be confusion, conflict, frustration, and weariness.

The Bible is FULL of core values! Jesus often made them clear. Paul gives a string of them in Ephesians 4 as he begins (vs. 22) by giving the visual of putting off your old self, “being renewed in the spirit of your minds,” and putting on your new self. Then from verses 25-5:20 he describes what this looks like: “Look carefully then how you walk, not as unwise but as wise (5:15).”

If necessary, find a blank paper and explore your core values.