Home > Northside Announcements > Articles > Get Rid of the Samaritans! 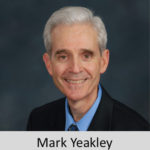 Get Rid of the Samaritans!

In Jesus’ day, the Jews hated the Samaritans. They were racially and religiously mixed, and the Jews avoided them like the plague. Because of this attitude, when they travelled between Judea and Galilee, the Jews would usually walk around Samaria rather than go through it.

In John 4 we read that one time, Jesus made a point of walking through Samaria. In one town, Jesus went out of his way to speak with a person who couldn’t be any lower on the social ladder; a woman who had been divorced five times and was living with a man she wasn’t married to. Not only did he speak with her, Jesus chose her to be the first person he openly told that he was the promised Messiah.

When they returned from buying food in town, the apostles didn’t know how to react to seeing Jesus talking with the woman. Didn’t he know he was supposed to avoid “trash” like her?

Today each of us has Samaritans in our life. There are people we just don’t want to be around and we go out of our way to avoid.

Who are those people in your life? Perhaps those with different-colored skin? Individuals who have less money than you (or more)? Maybe someone who is better educated than you (or worser educated)? How about people who don’t smell very good or someone who supports that other political party?

In Matthew 5:46-47 Jesus said, “Why should God reward you if you love only the people who love you? Even the tax collectors do that! And if you speak only to your friends, have you done anything out of the ordinary? Even the pagans do that!” (Good News Translation)

We need to get rid of the Samaritans in our lives. We need to do what it takes to love everyone with the same love our Lord has for them. Is there a certain type of person you would rather not be around?  Make a point to seek out someone like that this week and show God’s love to him or her.