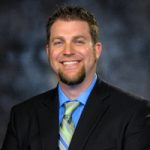 I love reading the story of Paul’s sailing voyage in Acts 27. Especially verses 13-26 about a ginormous storm that would obliterate their ship! You might think, “Goodness, Mike…that’s awfully heartless of you.” But allow me to explain why this story speaks to me, and perhaps it will to you, too.

Backtrack slightly to verse 10, and we find Paul warning the sailors that their voyage was going to be “disastrous and bring great loss.” Now notice the next verse. It says the centurion ignored Paul and “followed the advice of the pilot of the ship.” In the margin of my Bible, beside that verse, I wrote, “Of course he did!” It would make sense to listen to the sailors rather than Paul! Surely he should trust the ship’s pilot over some lowly prisoner. Right? They continue sailing, and before too long “a wind of hurricane force” strikes (v.14), and the ship gets caught in it. In verse 15 Luke writes, “we gave way to it and were driven along.” If you read this entire section, you notice just how hopeless things become for the people aboard that ship! It reads, “They passed ropes under the ship…to hold it together” (v.17). It tells us they threw cargo and tackle overboard (v.18). Eventually, they “gave up all hope of being saved” (v.19)! Talk about a nightmare!

I’m curious… How often in life do you listen to the advice of others rather than God’s guidance? When storms strike in life, are you simply allowing your “ship” to be “driven along,” unsure of what to do? What feeble attempts have you been making on your own to correct a bad situation? Are you guilty of placing your hopes in ropes, rather than handing it to God, and trusting Him?

Continue reading the story. Just when all hope is lost, Paul stands up and says, “Told you so! Should have listened!” But don’t stop reading there! Two of my favorite words in all of Scripture appear in verse 22 – “BUT NOW.” All hope seems gone…BUT NOW! I once was lost… I once was blind… I once was in darkness… BUT NOW! Paul tells them, “But now, I urge you to keep up your courage…” He explains how an angel appeared and told him that God would graciously save their lives. For that reason he says in verse 25, “…I have faith in God that it will happen just as he told me.” When you find yourself in the midst of a storm, keep up your courage, have faith in God, and know that it will happen! Sometimes our ships have to run aground before we’re able to humble ourselves and trust Him more (1 Peter 5:6-7).