The Bible doesn’t go into a lot of detail about deacons. Paul tells us the qualities of a man who should serve as a deacon in 1 Timothy 3, but he doesn’t say what a deacon is to do or how long he is to serve in that role.

I’ve attended a number of congregations over the years and have seen different ways to handle the selecting,  appointing, and retiring of deacons. At many congregations, when a man becomes a deacon, he remains in that role until he dies or burns out. If a deacon has a legitimate reason to step down from that role, he often hesitates to do so because of the talk that will be stirred up among members who will wonder what “huge sin” he has committed to cause him to take that step.

Sometimes a deacon’s secular job responsibilities change and he no longer has time to serve the church in that capacity. There are situations where family responsibilities arise that take more time than before. And after a deacon has served for a few years in an assignment, occasionally he would prefer to take on a new challenge in a different area of ministry.

I’ve also seen congregations that don’t decide what a deacon’s assignment will be until after he has been appointed. In those  churches, it’s sometimes hard to find something for every deacon to do. 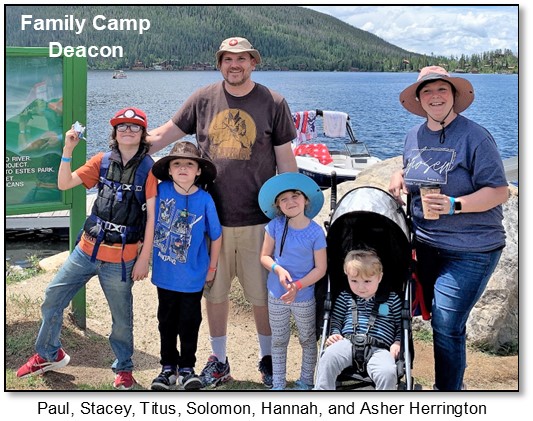 I love the way we handle these challenges at Northside. Our approach is to ask a man to commit to serve as a deacon for two years in an assignment the elders believe matches his spiritual gifts and abilities. At the end of two years, we give him three options: (1) continue to serve in the same job, (2) change jobs, if a different role is open, or (3) step down.

On Sunday, October 16, we will mark the end of a two-year deacon cycle at Northside and the beginning of another. On that day two of our deacons will step down and one new deacon, Paul Herrington, will be appointed. Because this will be an important day in the life of our congregation, I encourage all members to make every effort to be in attendance on Sunday.

After evening worship on October 16, starting at 6:45, we will hold an appreciation dinner for our deacons, ministry leaders, class leaders, and coordinators who have served during the last two years. This dinner is our way of saying “thank you” to Northside’s servant leaders.