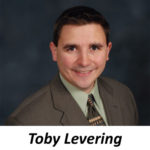 He was quite unremarkable when He entered the world.

He was tempted in every way, just as we, but without sin.

He was the only perfect man who ever lived.

He changed the world by changing hearts.

He healed the sick.  And He raised the dead.

He lived justly, loved mercy, and walked humbly with God.

He saw people most didn’t.  And forgave those most wouldn’t.

He gave hope to those in despair.

And when they saw the Son of God, how did some respond?

They accused him, betrayed him, beat him, and tried to kill him.

But, the cross couldn’t hold him.

He promises the same hope to all those who follow Him.

And to those who do, everything changes.

They have no reason to worry, or fear.

Someday, death will try to do the same to us that it did to Him.

In vain, it will seek the final sting and to have the last victory.

But, because of Him, death can’t hold us.

Nor will it stop us.

Ultimately, it will bring us home to our Father.

For Christ, resurrection was the last great victory.

For us, this is our ultimate hope.

A promise of an inheritance that never ends.

Praise be to the God and Father of our Lord Jesus Christ! In his great mercy he has given us new birth into a living hope through the resurrection of Jesus Christ from the dead, and into an inheritance that can never perish, spoil or fade–kept in heaven for you  (1 Peter 1:3-4)