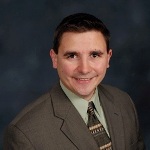 I didn’t want to do it.  I knew it needed to be done.  But, knowing what all the job was going to require—it was just easier to put it off.

The job in question was leveling a large, two-story backyard playset.  The back part of the playset had sunk several inches to the point where there was a noticeable lean to the structure I let my children play on. (People are so judgey…sheesh!)

I was going to have to deal with it.  So, I did…eventually.  I knew how cumbersome and heavy it was.  So, I kept putting it off.  Days became weeks.  Weeks became months.  Grace wondered aloud if she would ever be able to swing again. (Dramatic, that one.)  Finally, I decided to do the dreaded deed.

Labor Day was chosen appropriately because it was going to be a laborious task.  Leveling it required a lot of unbolting, digging, drilling, moving, lifting, leveling and no fewer than 17 trips to Lowe’s.  Finally, after a long laborious Labor Day of a Levering leveling, the playset is playworthy again.  It was a joy to cross it off the list.

Have you ever had something you knew needed to be done, but put it off because you dreaded doing it?  Maybe it’s cleaning out the garage.  Perhaps it’s removing the hideous wallpaper.  Or weeding the flower bed.  You know it needs to be done.  You know it’s not going to get any better until you do something.  And yet, you keep putting it off.

The problem is worse than delaying household chores.  It also involves the deep matters of life.  Sin isn’t just doing the wrong things.  It also happens when we fail to do the right things. James put it this way: “Whoever knows the right thing to do and fails to do it, sins…”   You know you should end the relationship, but you don’t.  You realize you should forgive, but you won’t.  You need to make amends, but you’ll find another excuse to delay.

Delay always makes the job worse than it actually is.  If we’ll just start, we’ll soon find the miserable thing finally done.  The only regret will be that we put it off so long. I’m not sure what your thing is, but I do know you need to stop putting it off and start doing it.  Take the first step today.  In the end, you’ll be glad you did.