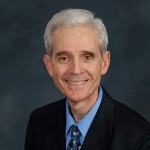 In the Does God Exist journal I recently ran across a great true-to-life parable.

Former Boston Red Sox third baseman Wade Boggs used to hate going to Yankee Stadium, not because of the intense rivalry between the teams, but because of a fan. Apparently this guy had a box seat close to the field, and he would torment Boggs by shouting obscenities and insults at him. This is common in professional baseball. Normally players just ignore it, but this guy had the right recipe and he drove Boggs nuts.

One day before the game, as Boggs was warming up, this Yankee fan began his routine, yelling, “Boggs, you stink!”

Boggs decided he’d had enough. He walked over to the man and said, “Hey, are you the guy who’s always yelling at me?” The man replied, “Yeah. What are you going to do about it?”

Then Boggs took a new baseball out of his pocket, autographed it, tossed it to the man, and went back to the field to continue his warm-up. From that day on the man never yelled at Boggs again. In fact, he became one of his biggest fans at Yankee Stadium. Other players have been known to deal with antagonistic fans by returning obscenities, spitting on them, or even punching them in the nose. Boggs dealt with his tormentor by befriending him.

You may find yourself in Wade’s shoes someday. For no obvious reason someone may decide not to like you, and suddenly you find yourself in hostile territory. Our natural inclination is to fight back, but there is a better way to eliminate enemies once and for all.

Abraham Lincoln made this observation: “I destroy my enemy when I make him my friend.” How incredibly different our lives would be if we would only make it a practice to convert adversaries into partners.

Live in harmony with one another… Do not repay anyone evil for evil… If it is possible, as far as it depends on you, live at peace with everyone. Do not take revenge, my friends, but leave room for God’s wrath, for it is written: “It is mine to avenge; I will repay,” says the Lord. On the contrary: “If your enemy is hungry, feed him; if he is thirsty, give him something to drink. In doing this, you will heap burning coals on his head.” Do not be overcome by evil, but overcome evil with good.  (Romans 12:16-21)