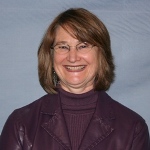 You and I live in a time of cultural upheaval. That is not to say it is the only cultural upheaval this nation has ever experienced – but it is the one we are trudging through now. Upheavals are usually uncomfortable, unsettling, and disruptive to our preferred secure undisturbed way of life. But perhaps there are some positive aspects to living in tumultuous times. Instead of focusing on the upheaval, our perspective can be to focus on the spiritual growth challenges they generate.

In the current political arena there is much mention of the values that are on the brink of changing. They range from individual values to those our nation has held from her inception. Oxford dictionary defines values as: principles or standards of behavior, rules of conduct, moral standards, and one’s judgement of what is important in life. Values would seem to be a good thing. However, I believe there is an historical pattern that sheds light on this current dilemma. If we look back to 1776, the cultural value of the day was God-centered, church directed and community guided. That was followed by the American Revolution era which brought in individualism and thus the community (the church) influence was lessoned and families struggled to make it on their own without community support. The 1800’s brought in the industrial revolution so consumerism was on the rise. Values were redefined by pragmatism and humanism so that the traditional values became relative or were exchanged for materialism. The 20th century brought two wars but sandwiched in between was an affluence that had little use for earlier values of the American culture. Lifelong marriages, sexual morality, parental authority and the traditional family culture was greatly changed by the worldview of post-modernism. That means values were shaped by no absolutes, no need for religion, and every opinion is relative. History tells us that values change as a cultural worldview changes.

It’s a very good thing we don’t belong to this world! Values do matter to us as Christians, but not the ones that are changing with the winds of  culture. Jesus’ message on the Mount goes beyond values that are changeable. He calls for intentional living. Being salt and light in a world of relativism calls for more than a standard. It calls for character. The spiritual challenge for our day is to strive for virtue over value. Colossians 3:12-14 names those virtues as compassion, kindness, humility, gentleness, patience, forgiveness and above all, love. These are more than standards or rules of behavior; they define our nature – one led by the Spirit. These virtues are what make a family belong to Him. They are the characteristics that parent in the home. They are the unshakable foundation of the Kingdom of which we are citizens. During these days of upheaval, let us focus on being a people of spiritual virtue.