Home > Northside Announcements > Articles > Welcome to the State of… 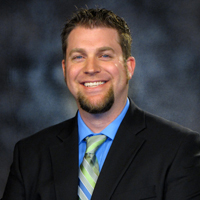 My two children are at an age (3 & 5) where it’s high time they start learning about the United States (says the former Social Studies teacher). What I mean are things like: what is a “state,” how many states make up our country, which state their grandparents live in, etc. I’ve come to realize this will take more time than I originally thought, given the fact my daughter thinks we could reach the ocean with a simple, leisurely afternoon’s drive. But one thing is for sure – they know we live in the State of Kansas.

I got to thinking about all the different states I have visited over the years, or would like to visit someday. But then my mind wandered (squirrel!) to how there are certain “states” I tend to frequent without ever leaving Kansas. Sometimes I find myself in the “state of worry,” which is well known for its large, ominous clouds that cast dark shadows upon everything. I have visited the “state of confusion” on numerous occasions…I think. It’s a very busy, noisy, distracting, and unsettling place. The “state of illness” is a familiar place too. I don’t typically journey there by choice, but I’m forced to stay there under very unpleasant circumstances; often for lengthy periods of time.

Have you ever visited these states before? If so, you’re not alone. It appears the Apostle Paul did a time or two in his day, prompting him to write in Philippians 4:11 & 13, “Not that I speak in regard to need, for I have learned in whatever state I am, to be content…I can do all things through Christ who strengthens me” (NKJV, emphasis mine). The reason I love the book of Philippians is because it’s a book about the “state of joy!” But, how could Paul be so joyful? I mean, the guy wrote that letter while in prison!

You see, God had taken Paul from a “state of hopelessness” to a “state of hope,” which helped him to fully rely on Christ for strength. Apparently he took to heart the words of the psalmist – “The Lord is my strength and my shield; my heart trusts in him, and he helps me. My heart leaps for joy, and with my song I praise him” (Psalm 28:7, NIV). This was Paul’s secret of contentment, regardless of what “state,” or circumstance, he found himself.

I don’t know what “state” you’re currently visiting, but know that with Christ, you can pass through it with joy. You’ll be home before you know it.