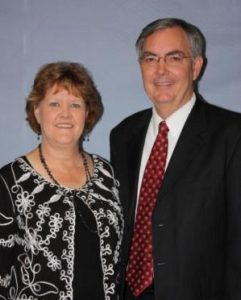 Albert served as a deacon at Northside starting in 1991 and became an elder in October of 1999.

Albert and Treva met while attending LCC and were married in 1977 in Levelland, Texas, the day after college graduation.  They attended the Mullinville Church of Christ prior to coming to Northside in 1984.

Treva grew up in Levelland, Texas, where she graduated from Levelland High School and then attended Lubbock Christian College.  She enjoys teaching Bible class, being a Know Your Bible grader, and cooking for the Wednesday night dinners at Northside.  She is a homemaker and enjoys doing activities with her family.  They enjoy traveling, hiking, and being with friends.