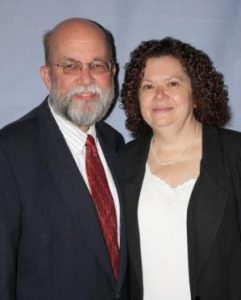 Kathy grew up in Missouri and met Brian at college.  Kathy’s degree is in mathematics.  At Northside she has taught Sunday School classes for children of all ages, is a supporter of Bible Bowl, helps weekly with the guest luncheons, and helps teach the Terrific Tuesdays classes.  Her hobbies include crocheting and reading.

Brian and Kathy home schooled all eight of their children from preschool through high school and enjoy visiting them in their various locations.