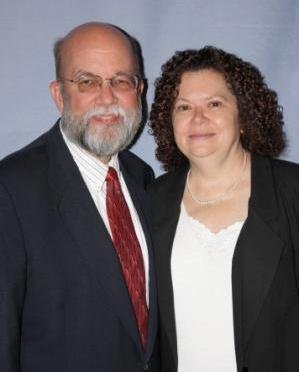 Brian was born and raised in Kokomo, Indiana. His first year of college was in Rose Hulman Institute of Technology in Terre Haute, Indiana, majoring in mechanical engineering. He graduated from College of the Ozarks (Branson, Missouri) with a degree in aviation science. Brian has worked in the aviation industry in Wichita since 1978 and is now President of D&O Engineering, where he has worked since 1979. Kathy and Brian met in college and were wed on April 2, 1977. They were both baptized in September of 1979 at the Clearwater Church of Christ. They moved from Clearwater to Wichita and started worshipping at Northside in 1980.

Kathy grew up in Missouri and her degree is in mathematics. At Northside, she has taught Sunday School classes for children of all ages, was a supporter of “Bible Bowl”, helps weekly with the guest luncheons, and is also involved with Celebrate Recovery and Wichita WorkCamp. Her hobbies include crocheting and reading.

Brian and Kathy home-schooled all eight of their children from preschool through high school. They enjoy visiting their children and seven grandchildren in their various locations.