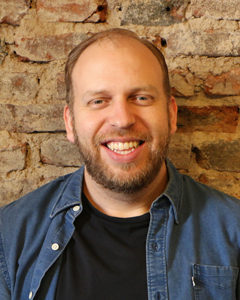 Jonathan grew up in a Christian family in Denver, Colorado. He studied Missions and Spanish at Oklahoma Christian University and Missions at Abilene Christian University. During college, Jonathan served as the Spanish-speaking minister at the Capitol Hill Church of Christ in Oklahoma City. In 2006, Jonathan moved to Venezuela and served at the East Caracas Church of Christ. After five years of service there, Jonathan moved to Buenos Aires, Argentina, where he planted a church that has outgrown his house and now meets in a building they share with another church of Christ.

Jonathan travels often to neighboring countries in South America to speak at youth camps and seminars for churches. He enjoys literature, music, art and language learning.