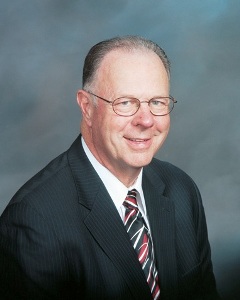 Director of "Know your Bible"

Steve came to Northside in 1957, when his dad, Louis, became minister. Steve and Cindy met at North High and remained at Northside until he graduated with an industrial engineering degree from Wichita State University in 1971. He worked in manufacturing management until 1999 when he became the full time pulpit minister at Northside until 2016. Since 1986 Steve has preached part time and directed the “Know Your Bible” television program.

Cindy is a homemaker and stays busy teaching and encouraging at Northside. Cindy also speaks to women’s groups at retreats and workshops.

Steve and Cindy have two married sons and five grandchildren. Brandon, his wife Kim, and their daughters Madison and Grace and son Samuel live in Arkansas. Ryan, his wife Jenni, their son Corbin, and daughter Kate, live in Wichita.