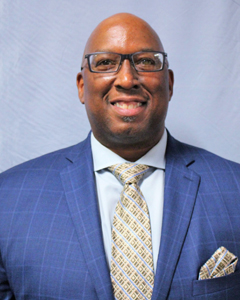 Carla and I are originally from Oklahoma, married 32 years ago on March 4, 1990. God has richly blessed us with three children. Myles is an Air Force ammunition technician stationed at Aviano Air Base in Italy. Mia is a full-time flight attendant based in Dallas. And Morganne is currently in graduate school near Houston. Each one of our kids was enthusiastically involved in collegiate-level sports. Basketball and track & field were their chosen paths after high school. Our kids were actually the driving force behind our placing membership at Northside in early 1999.

Carla and I transitioned to Wichita after time spent at Hellikon Air Base in Athens, Greece, and Soesterberg Air Base in the Netherlands. We were stationed at McConnell AFB from March 1993 until February 2006, and then we transferred to the 190th Air Refueling Wing in Topeka. While in Topeka, we placed membership at Central Church of Christ and worked with the youth program as well as group-based Bible studies. After I retired from active duty in March 2010, we relocated to Edmond, OK, in August 2011, placed membership at the Memorial Road Church of Christ, and began our private practice, Process To Progress Counseling Services, near downtown Edmond. In January of 2013, I accepted a full-time position as the on-staff therapist for the Care & Counseling Ministry at Memorial Road.

Our time spent in Wichita, specifically at Northside, formulated foundational principles that provided opportunities for us to homeschool, attend marriage enrichment seminars, and value the wealth of blessings that come from being active participants in God's spiritual family. We look forward to reconnecting and exploring new relationships with our extended family at Northside. We are blessed to be back at Northside and I'm happy to be on staff starting May of 2022.