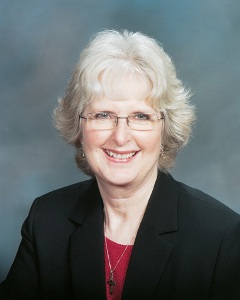 Norma began serving Northside as its children’s education coordinator in 2008. She and Sonny have been married for 38 years. They met on a Campaign for Christ in Ottawa, Canada, in 1968 before attending Oklahoma Christian together.

Norma graduated with an education degree from Bethel College (Newton) and taught in the Haven, Kansas, district before moving to York College as Director of Student Services in 1995. After moving back to Wichita in 1998, she helped establish Rountree Christian Academy. She is now a partner in the fundraising company that she and Sonny formed in 2004.

Norma was born in Carrizozo, New Mexico, and was raised on a sheep and cattle ranch in Claunch, New Mexico.  She and Sonny have two children and three grandchildren. Talley, her husband David (Morrow), and daughter Mia, live in St. Francis, Kansas. Aaron, his wife Brianne (Lytton), and their two daughters Baylee and Peyton live in Wichita and also attend Northside. Norma enjoys playing with her granddaughters, reading, sewing, singing and cooking.