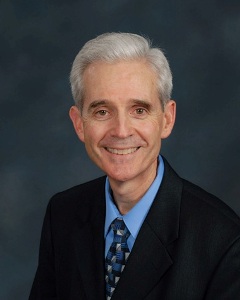 Mark began working with Northside as the involvement minister in May 2004. He moved here from Ponca City, Oklahoma, where he and his wife Kimberlee lived for 25 years.

Mark graduated from Oklahoma Christian College in 1978 and worked in information technology for Conoco for 24 years. During that time, he served as a deacon for 16 years and an elder for 5 years at the Grand Avenue Church of Christ.

For a long time, Mark dreamed of becoming a full-time minister, and in 2002 he was able to see that dream become a reality when he became the youth minister for Grand Avenue. As much as he loved youth ministry, though, Mark felt that God was leading him in a different direction, and that is what brought him to Northside.

Mark and Kimberlee have two grown children and two grandchildren.